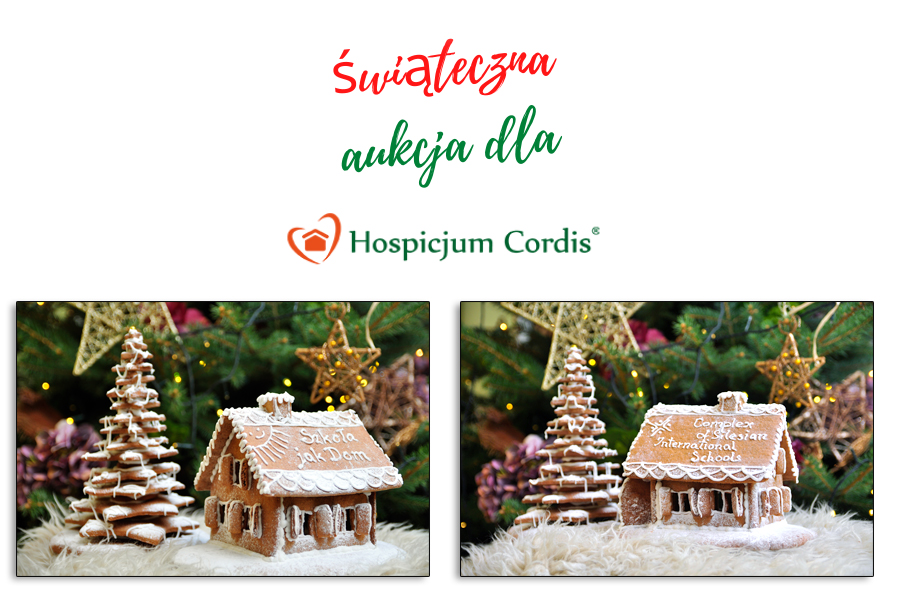 With undisguised enthusiasm and great joy I am happy to inform you that as a result of our school internet auction for the Cordis Hospice in Katowice organized in the pre-Christmas period, we managed to collect a considerable amount of almost PLN 13,000!

Our hearts really grew when we first watched the growing number of beautiful items for auction, bought by you, and often made by students themselves. And later, during the ongoing auctions, we rubbed our eyes in disbelief, observing the amount obtained for the Hospice, which quickly exceeded three, five, eight and finally ten thousand zlotys! Currently, the sum obtained, resulting from your incredible dedication, great heart and enormous commitment, amounts to PLN 12,844 and is still slowly growing! As we declared earlier, it will be transferred in full to the Cordis Hospice in Katowice.

Dear All,
I would like to sincerely thank and congratulate all those who took part in this proud and beautiful undertaking: the teachers, whose idea was to organize the auction and who then took care of its organization; Students who approached the proposed initiative so eagerly and, finally, in a special way, to the Parents of the Students of our School. Without your great empathy and openness to other people, logistical support for our venture, and finally financial involvement in the preparation or purchase of items put up for auction and, most importantly, participation in the auction itself, we would not be able to enjoy such a large sum of funds raised today. It is an honor for us to work with people with such a big heart!
Wishing all of you happiness and good luck on each day of the New Year, which we entered only a few days ago, I am asking you once again to accept my sincere thanks and congratulations.

Yours faithfully,
Jolanta Kałuża
The Headmistress