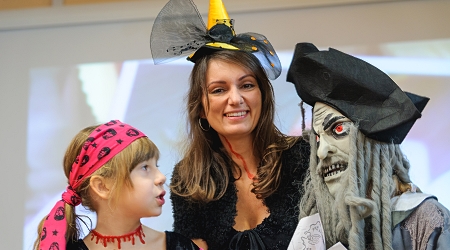 This year, we celebrated Halloween on board of "Black Pearl" pirate ship. The ball began with the presentation of pumpkins prepared beforehand and the costume parade. There were numerous guests. Pirates of all seas and galaxies were having fun accompanied by ghouls, devils and beautiful ladies. Children from theatre extra class prepared a pirate dance and taught other children to dance. There was fun with cotillions and sports contests. Everyone could prove themselves in pirate competitions. There was throwing contest and a competition for the best Jolly Roger drawing. Participants could get a pirate tattoo or make-up. At the end, the results of the contest for the best costume and the best pumpkin were announced. Laureates received diplomas and prizes. Games were supervised by CP students and teachers.

We would like to thank the Parents for their work and effort put in the preparation of the incredible costumes!

The celebration of this year's Halloween is accompanied by an exhibition of images of Black Pearl prepared by the children. It can be viewed in the assembly hall until the end of November. 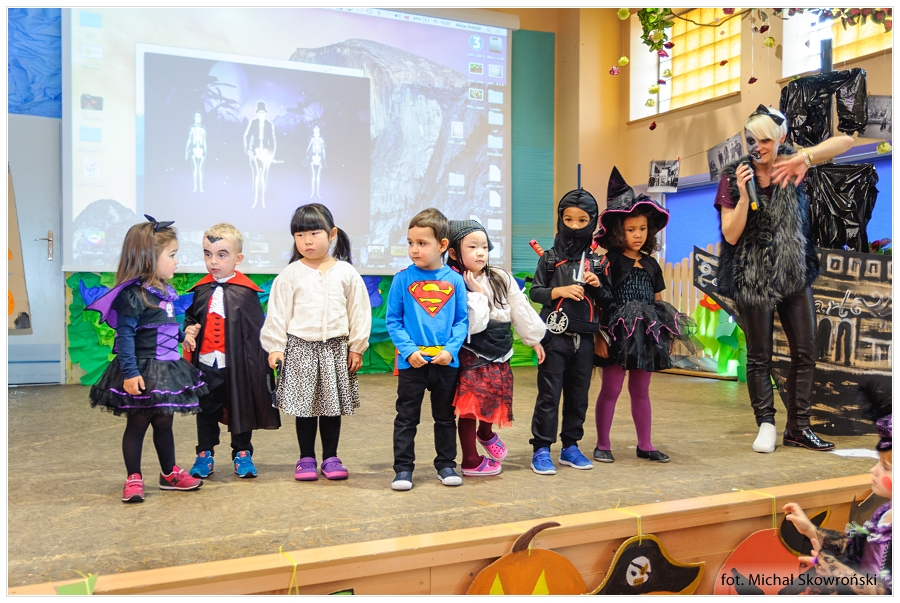 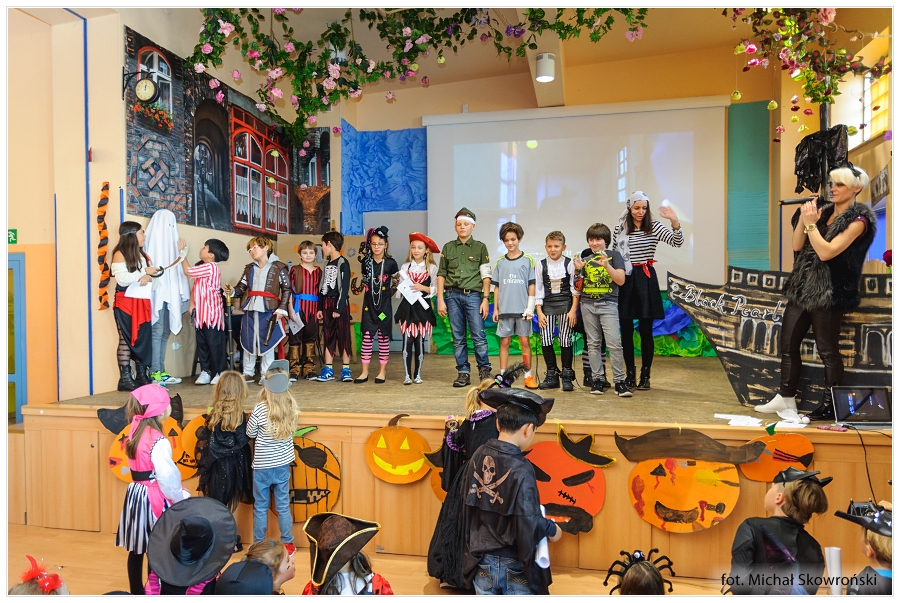 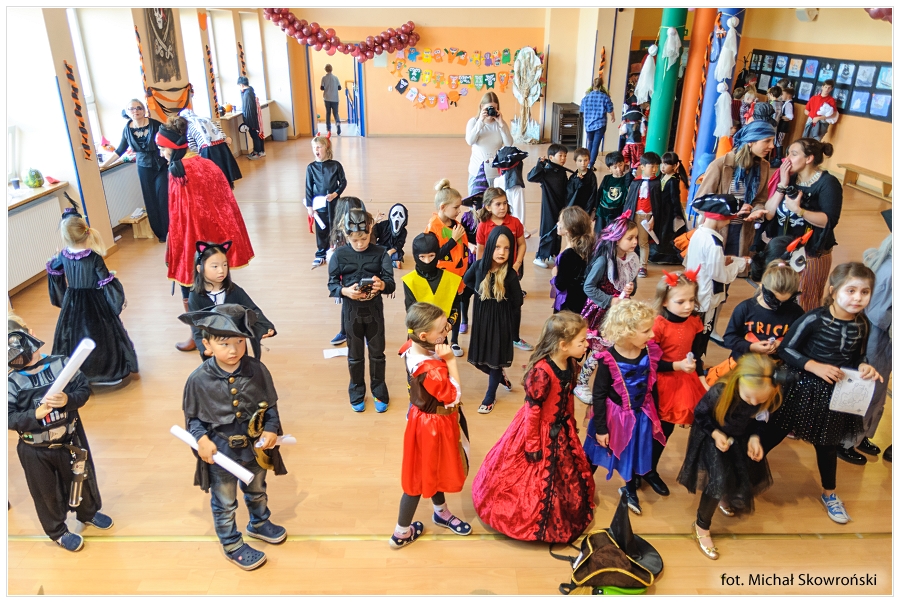 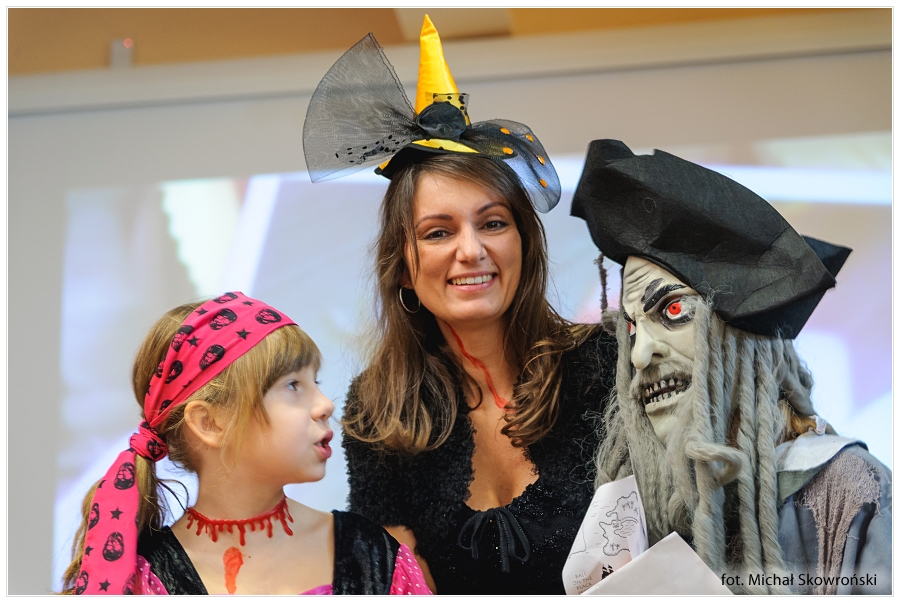